or One Anastomosis Gastric Bypass (OAGB)

The MGB has some features similar to a sleeve gastrectomy but one anastomosis mimicking certain aspects of the traditional bypass.

The origins of this procedure known as Mason’s procedure was coined in 1967. This was not popular and subsequently abandoned as it caused bile reflux (not acid reflux) in patients. There were also some concerns of long term risk. With some evolutionary differences to its configuration in 1997, the procedure is becoming more popular.

The stomach is fashioned like a “sleeve gastrectomy (ie long and thin)”, then approximately 200cm of small bowel is “bypassed” similar to certain aspects of a Roux-n-Y Gastric Bypass. However, as MGB is NOT a “Roux-n-Y” configuration, the MGB carries “bile/ digestive juices” from the liver and pancreas into the “sleeved portion” of the stomach. Hence bile reflux is expected to still occur.

Ask about what's best for you 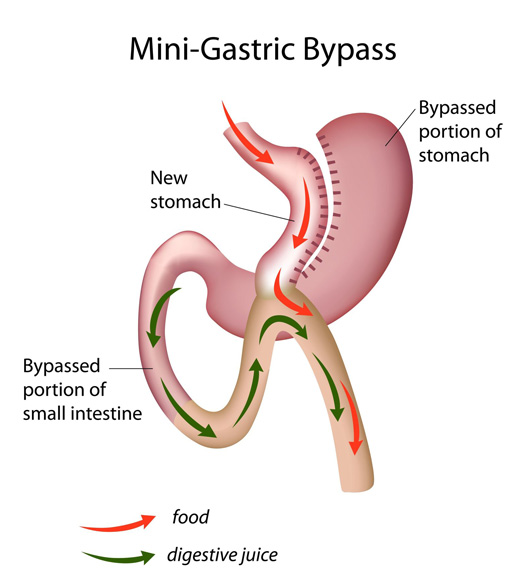